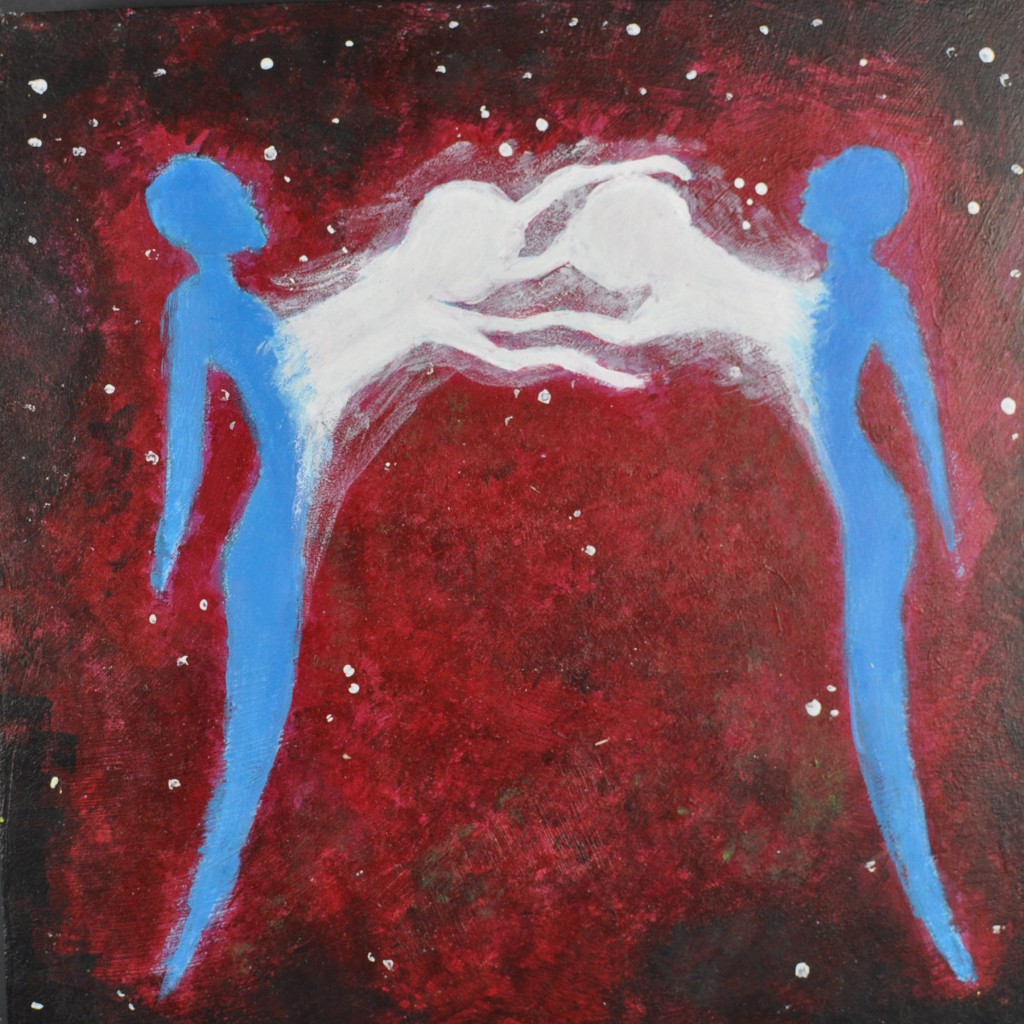 We’re used to things staying up on the internet forever once they are posted, but things only persist for as long as people host them and that’s one of the things that DataHamster seeks to do. So I am reproducing this here in good faith with no intent to infringe copyright.

This picture was made by Sydney Kosgard, who was a 10th Grade school pupil at the time, and it was made for The Appleton Compassion Project with the accompanying words:

Compassion is the conjoining of souls, an insight into another human’s core. It is the deepest level of understanding. It is an unspoken bond. Compassion connects two spirits together; their souls bound by a whispy, airy fiber clinging between them like a spider’s knot. Running from thread to thread is an electrical current that stimulates the spirit. Compassion is more than empathy, care, and love; it is the escape of man from earthly and bodily confines. Compassion is the Eden we so hungrily crave. It is an innocent and protected realm. It is ecstasy and an epiphany. When two souls connect, an aura of revelation is released. Much like switching on the lights after being shrouded in darkness, compassion illuminates our lives.

About the Appleton Compassion Project

The Trout Museum of Art, in partnership with the Appleton Area School District and Appleton Education Foundation, is proud to announce a project that aspires to teach the practice of compassion through the use of art. “The Appleton Compassion Project” is a community art project involving 10,436 Appleton Area School District K-12 art students. Appleton private schools, including Lawrence University, were also participated. In fall 2010, participating students received a 6-inch-by-6-inch art panel to draw or paint their idea of compassion. Completed works of art were exhibited at The Trout Museum of Art (Appleton) from May 1-June 30, 2011. The inspiration behind the project came from Richard Davidson, PhD — a University of Wisconsin-Madison psychology and psychiatry professor and brain investigator who has scientifically found that those who practice compassion have measurably healthier brains, and generally, a happier outlook on life. Davidson’s vast research has earned him the most distinguished award for science given by the American Psychological Association — the Distinguished Scientific Contribution Award in 2000; he was also named one of the world’s most 100 influential people in 2006 by Time Magazine. Davidson’s research shows that compassion can be learned, and should be practiced, as a skill.