Changing the washer motors on the Suzuki Swift 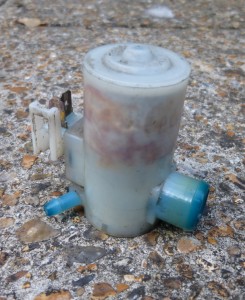 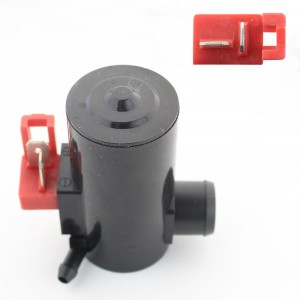 This model of Swift uses two identical single-outlet motors; one for the rear and one for the front. They attach directly to the bottle and are push-fit, so are ridiculously easy to replace. They are also readily available and very cheap – expect to pay between £5 and £10 per motor for generic pattern parts on eBay. As you can see from the pics, it is pretty easy to identify the correct part as the outlets and electrical connector are fairly distinctive.

Access to the washer bottle and motors is via the inner wing on the front-right side. On RHD cars this is the driver’s side. I presume that on LHD cars it is in the same place.

It makes access a lot easier if you take the wheel off.

Remove the pop fasteners along the inner wing. On this car, the centre of the circular fastener is pulled out to release it and then the whole lot pulls out. Be careful not to damage them, however if you do then replacements are readily available on eBay. 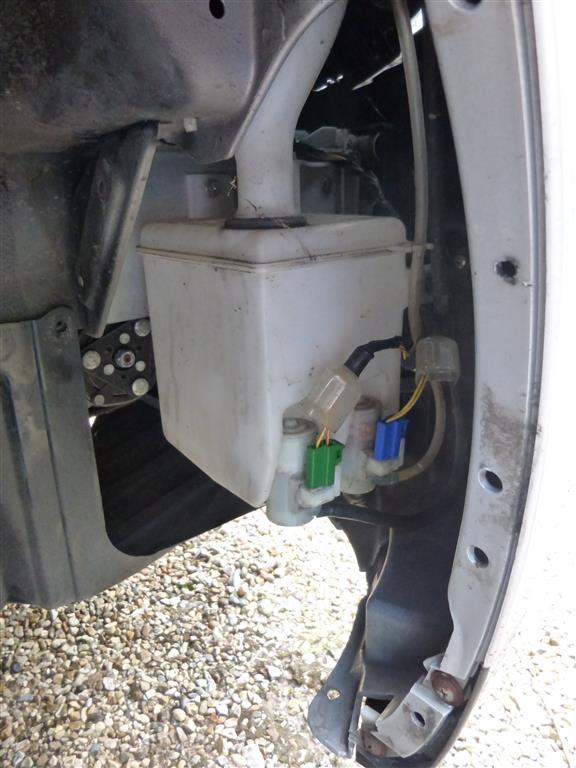 Pull back the inner wing and the washer bottle is right there. You can clearly see the two identical motors. Rather logically, the one closer to the front of the car is for the front windscreen and the other for the rear screen.

The motor is a push fit directly into the bottle.

Pull off the electrical connector and tube hose of the one you wish to change, and then firmly pull the motor away from the bottle. Replacement is the reverse.

2 Responses to Changing the washer motors on the Suzuki Swift